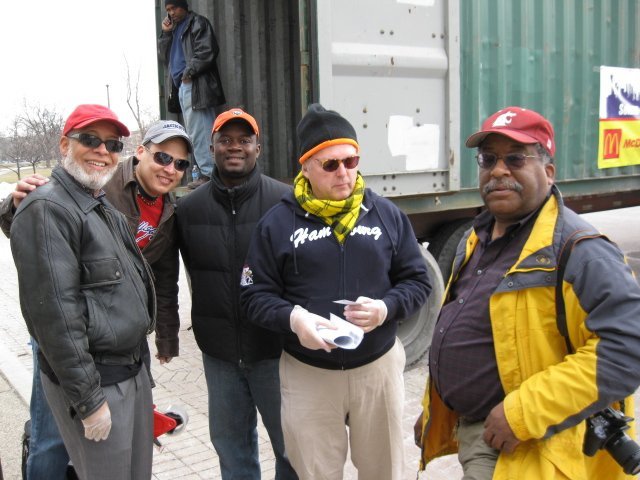 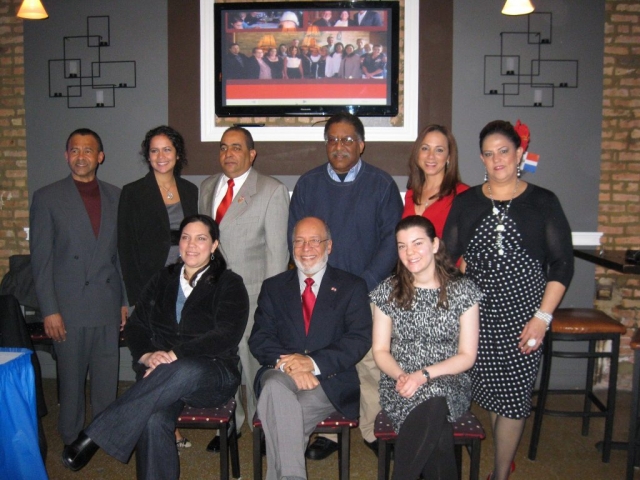 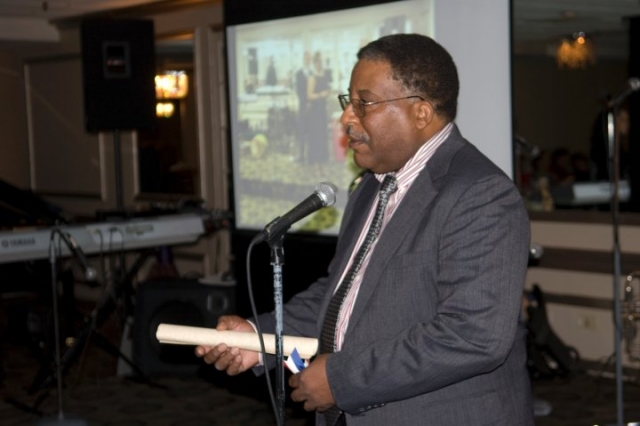 Kenneth Greene-Velez, of Dominican and African-American descent, died on May 15th 2015. Genuinely devoted to his country of origin, in the nineties he joined  Casa Dominicana to promote its values and culture.  He held  various leadership roles and was instrumental in raising that organization’s profile by introducing it  to many public officials and prominent Chicago’s personalities, and linking it further to other Latino associations. In 1998 when hurricane George hit the Dominican Republic, causing great devastations to Santo Domingo, along with other Dominicans  he walked down  the surrounding  streets of Humboldt Park helping to collect  more than  $43,000, all of which were distributed in the island by the American Red Cross.

After the demise of that first Dominican  organization,  he understood the need to preserve its core mission and with  several prominent Dominican personalities he helped  in developing and co-founding the Dominican American Midwest Association (DAMA). In this civic group, Ken’s altruistic sentiments shined through once again by recruiting local TV and radio stations to announce a fund-raising event, which sought to secure  food, medical supply, and clothes for the victims of Haiti’s destructive earthquake of 2010.

Ken was a longtime friend of the 26th Ward office of former Cook County Commissioner, and later on Alderman Roberto Maldonado, where he worked part-time advocating for constituents in need. He displayed a gentle touch with people, genuine patience, and a keen ability to listen and resolve problems.  He touched many lives through the generosity of his time and skill.

Ken’s love of cooking and the Latin culture came through in his work to make Chicago’s first ever “Taste of Latin America” a great success for many years.  His research of Chicago restaurants that represented the beauty of Hispanic foods and cultures, including the Caribbean flavors of his native land made this Humboldt Park festival one of the most highly anticipated.  Additionally, Ken was an accomplished artist with the camera, having solo photography exhibits in some of the best gallerias and  museums of the Dominican Republic.

In 2000, Ken, with   DAMA’s assistance, spearheaded the celebration of the Three Kings Day, receiving donations from Rack and Pack, Inc. and  Equality Specialties corporations, and private individuals,  and earning the  collaboration of the late Cook County Board President John Stroger, Jr.,  and Cook County Commissioner Maldonado. Ken worked closely with the Commissioner, and helped him  gather toys for sick children at Cook County’s Stroger Hospital, for what was to become an annual celebration led presently by Alderman Maldonado.  Ken’s  empathy and compassion for others stood out as he facilitated the  delivery of  toys to the hospital’s young patients who were suddenly transformed with joy in his presence.

Ken’s love of all things exquisite, and his depth of knowledge about them, also brought him great joy.  Whether it was sharing his love of jazz, films by great directors such as Elia Kazan, reading about fine international cooking, or his intelligent musings about the twists and turns of gritty Chicago politics, Ken was always enjoyable and conversant company.  He was a true renaissance man and is truly missed.