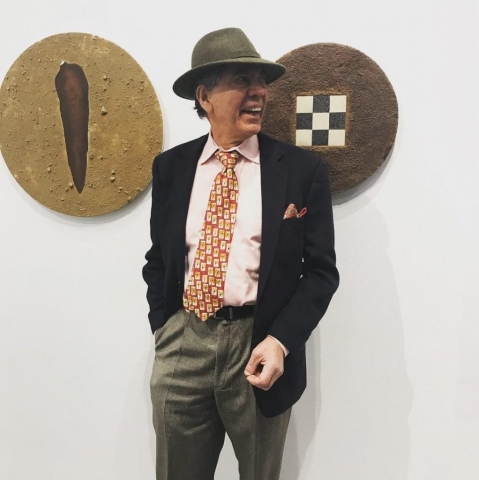 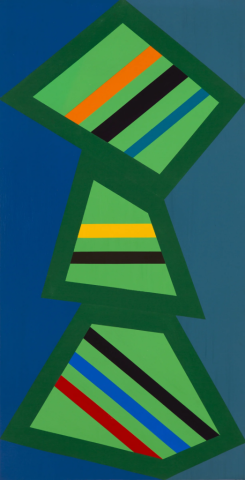 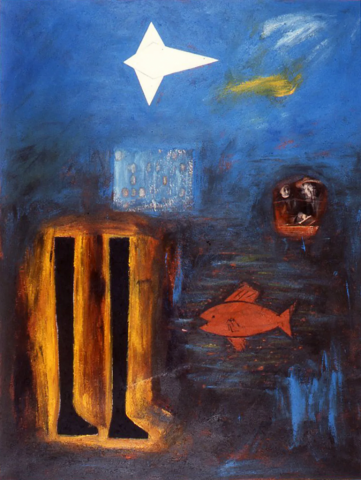 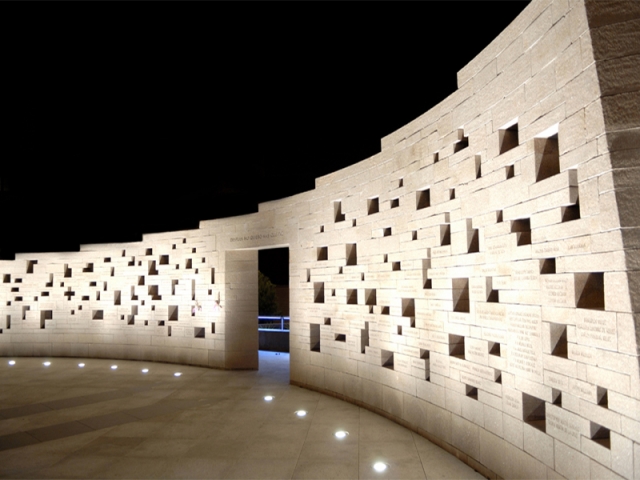 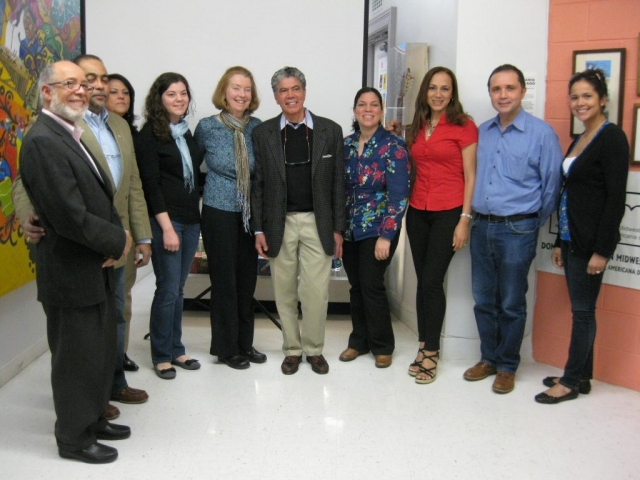 We pay homage to the beloved and renowned plastic artist Freddy Rodríguez, who passed away on October 10, 2022. He lived in New York and was both a close DAMA supporter and donor since its inception. We hosted him in Chicago in collaboration with the Puerto Rican Arts Alliance and the University of Illinois’ Latino Cultural Center. Freddy is perhaps the only Dominican artist whose works are part of the Smithsonian American Art Museum’s pioneering collection of Latino art. He also had the honor of being the first Latin American artist to be hosted by Japan’s Empress Makato.

In addition to his paintings, Freddy produced a memorial in Rockaway Beach to the victims of Flight 587, which crashed shortly after takeoff en route to Santo Domingo. DAMA deeply mourns Freddy’s departure while celebrating his legacy to the arts, in which he projected the essence of being a Dominican to its roots, or as he would have put it, “hasta la tambora.” He is survived by his wife Mary McKenna Rodríguez, his two daughters Erin and Caitlin, and his grandchildren. To sum up his life, we borrow words from Professor Alejandro Anreus, who best describes this outstanding Dominican artist:

“Freddy Rodríguez’s body of work is an extraordinary example of the continuing vitality of the art of painting. Born in 1945 in Santiago de los Caballeros, Dominican Republic, Rodríguez received his artistic training in New York City, where his schools ranged from the Metropolitan Museum to the Art Students League, and his teachers were Rembrandt, Cézanne, and Mondrian. Abstract Expressionism, Pop, and Minimalism were the reigning stylistic proposals then, and Rodríguez learned from them, absorbing the authentic and discarding the faddish. By the 1970s he was already a painter with something to say, and whatever his conceptual concerns have been since then, these are always tied together by his obsession with painting. Rodríguez, like his cultural hero the writer Julio Cortázar, has never been a prisoner of style. On the contrary, like the late and very international Argentinean, he questions the very form of his work. “Style” is something to discover/encounter through hard work and harder thinking, explored to the point of exhausting it, and then discarded. Therefore, when we look back at his body of work we encounter an exploration of Pre-Columbian identity in large geometric paintings, eroticism in colorful organic abstractions, symbols of daily life in vigorous brushwork, the brutal conquest and encounter of cultures in the Caribbean or the presence of a dictator in a radically new visual vocabulary that synthesizes geometric and organic abstraction. His subjects and concerns range from sexual oppression in the Catholic Church to the very nature of abstraction and its politics for an artist from the Third World. All this is done within the tradition of Western painting; a tradition which he enhances and expands through critical questioning. I believe that Freddy Rodríguez is one of maybe twenty-odd painters (Rochelle Fein stein and William T. Williams being two others) that continue to make painting vital in contemporary art. Just as I have enjoyed encountering his pictorial achievements of the past three and a half decades, I look forward to the adventures in painting to come.”